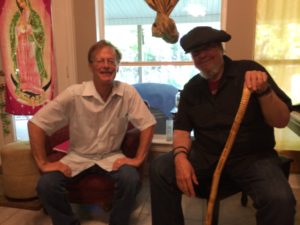 Back in 2014, we ventured to Mandeville, across Lake Ponchartrain from New Orleans, to interview Mac Rebennack, Doctor John, for the documentary film Sir Doug & The Genuine Texas Cosmic Groove. It was a suitably strange setting: suburban tract home on an anonymous street with an interior that looked like Mac had just moved in, and might be fixin’ to move out.

The gentleman was charming, accommodating, and told great stories, especially about working with Joe Tex, Joe Scott and the Duke-Peacock hit machine, and knowing Doug in San Antonio before he became Sir Doug. 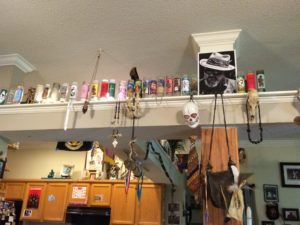 Here’s the raw manuscript of the interview. Someday I’ll clean it up for accuracy and spelling. 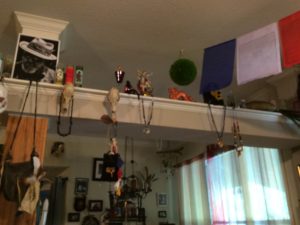 [17:59]
But that’s life I went in. But you know we’re gonna get back to Doug.
J: We’re getting to him. I was going to say coming out of Orleans and working for Robey and running, going to Houston, was Houston different than New Orleans?
[18:20]
D: Actually, uh, I remember the club where Lightnin Hopkins used to play at was packed. And you could smell the weed all in the street. And the club where Johnny Clyde Copeland worked at was another, he didn’t have that many people in there but they had some people in there.
[18:47]
And where I was working with Joe Scott’s band, there wasn’t nobody [laughs] but they just had Al TNT Braggs fronting the show. And without somebody like a Bobby Bland or Junior Parker or somebody else fronting the show, they ain’t gonna draw no people [laughs].
J: That’s hard to believe. Joe Scott though I’d think people would flock to him. You’re right he’s as good as his front man is. Was there a difference in the horn sound New Orleans horns and Houston horns?
[19:30]
D: Well, they didn’t use as many horns on a New Orleans session as, as like Don liked to use on those sessions. And he, we, we all did the sessions in what was formally Johnny Ace’s pad. And he had the horns play against this wood thing that was the, the, the, the brass section.
[20:00]
Would play against this wood stuff and all of the reeds would play anywhere that they would just be facing different ways. But I never forget, uh, Joe Scott and Edward Franks was doing shots. And the most thing I remember they were both drunk as a skunk.
[20:30]
And never made one mistake in those shots. And I, I couldn’t believe that there was not one mistake. 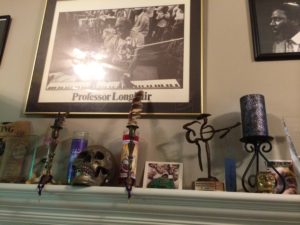 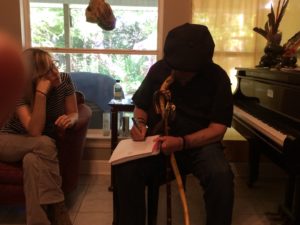