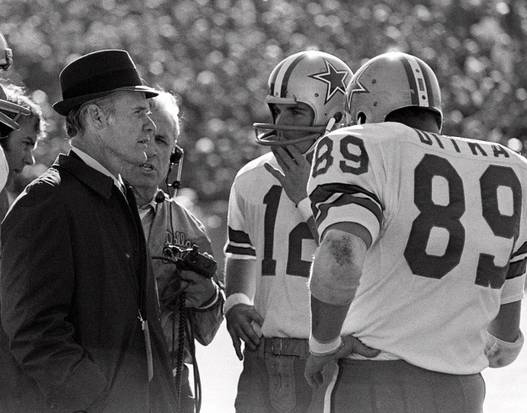 from the Dallas Morning News, Sunday, September 30, 2012
by Allen Barra

….One wonders that if Hunt had driven Murchison’s Cowboys out of Dallas, would the AFL team had merited a book as massive as Joe Nick Patoski’s The Dallas Cowboys? That the book is a feast for Cowboys fans should come as no surprise — every big game from the famous “Ice Bowl” with the Green Bay Packers in 1967 to the Super Bowl triumphs of the 1990s are recounted in loving detail.

The surprise, perhaps, is how invigorating a read it is for those — such as myself — who usually root for the team not wearing a blue star on their silver helmets. (Disclosure: In the early 1980s, I lived in Houston and met Patoski while I wrote for various rock magazines and he was manager of one of my favorite bands, Joe King Carrasco and the Crowns.)

Even we skeptics have to admit that, if not for the Cowboys, the NFL might still be in the Stone Age in terms of scouting players, game preparation and offensive sophistication. And fans who get tired of reading about the Cowboys’ successes can revel in the team’s history of excesses, particularly a cocaine scandal when, Patoski says, “America’s Team had become South America’s team.”

There are other, more detailed accounts of the careers of Cowboys luminaries such as Tom Landry, Roger Staubach and Troy Aikman, but none that places their accomplishments so firmly within the framework of America’s Team.

And that’s what the Cowboys ultimately are, whether people like it or not. (After all, as Patoski points out, early in the Staubach era “more bootleg, knockoff merchandise was manufactured for the Cowboys than for any other club.”)

“What began as an idea,” writes Patoski, “and is now the premier franchise in American sports could have flourished only in the fertile blackland prairie of North Central Texas. … The city made the team possible. In exchange, the team gave the city its identity and a sense of pride and glory.”

For better or worse, Patoski is right, and The Dallas Cowboys stands as the definitive biography of a city and a football team.

….and it’s a beauty. The author approves 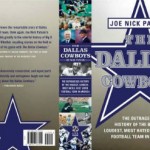 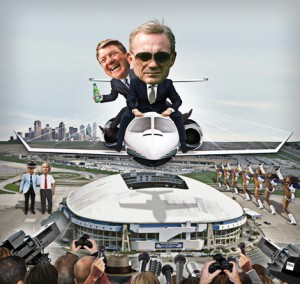 KUT News’ Jennifer Stayton and Joe Nick talk Dallas Cowboys Weds morning at 5:33 am and 7:33 am central time on KUT 90.5 in Austin and KUT.org around the world. Tune in, right here: 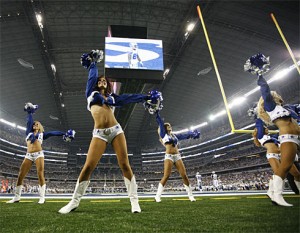 A free preview of three chapters from my forthcoming history of the Dallas Cowboys are now available to Kindle readers.

Here’s Amazon link to the Kindle chapters. If you like what you read please order up the entire 800+ page book and write a review on Amazon.

Free sneak preview of the Cowboys book on Kindle

Amazon offers a free sneak of the Dallas Cowboys: The Outrageous History of the Biggest, Loudest, Most Hated, Best Loved Football Team in America. Just follow the link and download accordingly.

Publishers Weekly weighs in on the new Dallas Cowboys book

Publishers Weekly weighed in on my new book THE DALLAS COWBOYS: The Outrageous History of the Biggest, Loudest, Most Hated, Best Loved Football Team in America by Joe Nick Patoski (Little, Brown)
It’s the first review and it’s a good ‘un.
from Publishers Weekly, July 30, 2012 http://www.publishersweekly.com/978-0-316-07755-2

The Dallas Cowboys:
The Outrageous History of the Biggest, Loudest, Most Hated, Best Loved Football Team in America
Joe Nick Patoski. Little, Brown, $29.99 (816p) ISBN 978-0-316-07755-2
In this superbly detailed, obsessively researched, and equal parts serious sports scholarship and outrageous laugh-out-loud reporting about the Dallas Cowboys, Patoski (Willie Nelson: An Epic Life) focuses in part on Cowboys owner Jerry Jones, who spent $1.2 million on a new stadium (“aka Jerry World; aka the Death Star”) into which the Statue of Liberty could fit standing up, as well as the Empire State Building laid on its side. Patoski starts with the Death Star as a way into viewing the ups and downs of the 50-plus–year history of professional football in Dallas, from its inception as a popular amateur team sport in the 19th century, speaking to “Texas’s legacy as a republic that had won its independence from Mexico by fighting hard and using whatever means necessary,” through the team’s professional start under the direction of businessman Clint Murchison and coach Tex Schramm, to its various championships and its controversial sale to Jerry Jones, who brought in the equally controversial head coach Jimmy Johnson. But Patoski’s supreme ability to capture the intricacies of the team’s history doesn’t get in the way of his equally impressive and cleverly sly portrayals of the many wacky players throughout Cowboys history, from quarterback Don Meredith to the players living and partying in “the White House” in the Dallas suburbs, about which offensive lineman Nate Newton famously said, “We’ve got a little place over here where we’re running some whores in and out, trying to be responsible.” (Oct.)
Reviewed on: 07/30/2012