Woody Folk Music Center and This Land is Your Land Fence, Pampa, Texas


Woody Guthrie, America’s greatest folksinger may have come from Okemah, Oklahoma, but he came of age in Pampa. Here’s what I found, starting with the Woody in Pampa website :

THE WOODY GUTHRIE FOLK MUSIC CENTER is the old Hall Drug Store on Pampa’s red brick old main street, where Woody worked from 1930-1935 and learned to play guitar, combined with the barber shop next door. Woody’s father ran a “cot house” across the street for oil field workers who flooded the town in the early 30s, which may or may not have included a bordello in the back.

The folk center is the vision of local historian and author Thelma Bray, whose two biographies of Guthrie are on sale at the center; the second, revised edition was published after Pete Seeger consulted Bray.

While the center is packed with photographs, newspaper articles, and copies of letters Woody and others wrote (did you know his song “Up from Boston” is the Boston Red Sox theme?), the center’s greatest artifact is “the building itself,” says Mike Sinks, one of the center’s supporters, who showed me around. “It’s where Woody Guthrie learned to play music.”
He also formed his first ensemble, the Corn Cob Trio, in 1934.

Sinks tells good stories about Woody, how he was known around town for spending so much time in the library reading books, and how his political leanings still divide the town – an attempt to name a street after him failed in the mid 90s when a Pampa official protested that Guthrie was a “communist” and naming a street after him would give the town a bad reputation. [Pampa officials today could do worse than talk to their peers in Okemah and find out what they’re missing.

Taking cues from Woody, live music is the main feature of the center: acoustic jams on the first Friday night of every month, electric jams on the third Friday, and informal pickings any old time.

The tracks where Guthrie first started hopping freights to California are a block north.

320 South Cuyler, www.woodyguthriepampatx.com The office is open 1-4 Fridays, but if you’d like to look around the folk center any other time, call or email Mike Sinks (806-664-0824; sinks2011@hotmail.com), or one of the other center board members found on the website and open the building for you and show you around. Donations appreciated.

Arlo Guthrie played Pampa on behalf of the folk music center back in March, a few weeks after Jimmy LaFave stopped in coming back from a Colorado gig, which was front page news in Pampa.

Woody Guthrie’s 100th birthday will be celebrated at the center on July 25 and nationally on July 14, his actual birthdate.
All pickers are welcome, in the spirit of Woody.

THIS LAND IS YOUR LAND MUSIC NOTE FENCE in East Coronado Park on the south side of the AmericInn motel, 1101 North Hobart, (US 70 North), was created by welder Rusty Neef. Pampa city fathers balked at naming a street after Guthrie in 1995. “They didn’t want to name a street after a communist,” Mike Sink said. Nothing was said of Guthrie’s three tours of duty for the US military.

The return of Joe “King” Carrasco & The Crowns 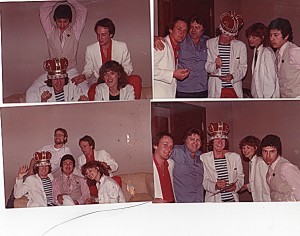 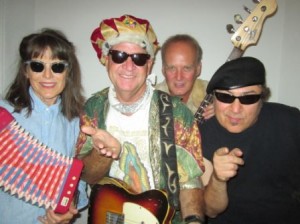 Outside Industry: The Story of SXSW trailer