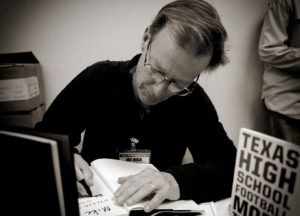 Reviews: ‘Austin to ATX,’ by Joe Nick Patoski, and ‘I Know Who You Are,’ by Alice Feeney

“Austin to ATX” by Joe Nick Patoski
ustin to ATX: The Hippies, Pickers, Slackers and Geeks Who Transformed the Capital of Texas

Old Austinites and fans of the lively Texas capital will undoubtedly miss the bygone eras revisited in this overdue chronicle of the city’s liberal cultural scene. Even more, they might also feel like they missed the boat on many occasions.

A Texas Monthly alum who has written definitive biographies on Willie Nelson, Stevie Ray Vaughan and the Dallas Cowboys, author Joe Nick Patoski doesn’t just lovingly chronicle the musicians, filmmakers, foodies and other creative entrepreneurs who famously made Austin “weird” (a favorite T-shirt slogan for tourists nowadays), but he also shrewdly details how these things made Austin rich.

There’s the little music festival started simply to help fill bars when all the UT students left for spring break, which became the $300 million annual revenue-generating South by Southwest brand (SXSW). There’s the little hippie grocery store bought up for $13 billion by Amazon two years ago, Whole Foods, and the three-man concert company behind the Austin City Limits Festival, in which Live Nation bought a 51% share at $125 million in 2014. And of course there’s the little hippie cowboy who tried but couldn’t sell out to Nashville, about whom Patoski offers even more great color over what’s in his Martin-guitar-thick book “Willie Nelson: An Epic Life.”
“I Know Who You Are” by Alice Feeney

Oddball filmmakers Richard Linklater, Robert Rodriguez and Mike Judge, barbecue maker Franklin’s and other musicians who made it big (at least in influence) are also covered in this not-too-tediously informative, dryly witty, tastefully snarky book. Unlike most old-school Austinites, Patoski doesn’t seem to begrudge all the new money and newly transplanted residents overrunning the booming city these days. He just wants to give them a history lesson on all the blood (“Texas Chainsaw Massacre,” anyone?), sweat and marijuana roaches buried beneath their sleek new condo and office towers.

The Cajuns of the Golden Triangle