Documentarians to Watch in 2015 – Variety 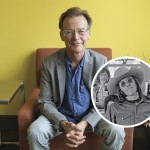 Joe Nick Patoski makes his directorial debut with “Sir Doug and the Genuine Texas Cosmic Groove,” which chronicles the life and legacy of Austin music icon Doug Sahm. The SXSW Film Festival crowd received the doc enthusiastically at its March premiere. Despite “Sir Doug” being Patoski’s first doc, the man is a seasoned storyteller. A respected music journalist and author, Patoski has written for the New York Times, recorded oral histories and hosted radio programs for decades. Though his meticulous handling of detail usually leads him to pen lengthy tomes on various Texas-themed subjects (500 pages on Willie Nelson, 800 pages on the Dallas Cowboys), he knew Sahm called for something different. “If I write it, you can’t hear that music,” Sahm says. “You can’t see him talk, or realize visually what a character he was. You need to hear him, you need to see him and, most importantly, you need to hear his music.” Patoski insists that Sahm’s versatility in Texas roots music is what makes him a versatile doc subject, not his philandering or quirks. “If he wasn’t such a talented musician, we could have easily just made him into Forrest Gump,” he says. For the project, Patoski and his team conducted 55 interviews about Sahm and drew inspiration from rock documentaries including Malik Bendjelloul’s “Searching for Sugar Man” and Freddy Camalier’s “Muscle Shoals.” It was vital to Patoski that the whimsy of Sahm and his persona permeate the doc, even if its lighter tone stood in contrast to the heavier competition at SXSW. “I’m an outlier,” Patoski says of his film. “Mine’s frivolous and it’s goofy and it’s about music, but I sincerely believe … you can eavesdrop on any culture if you listen to its radio station.” — Marianne Zumberge

Not Just America’s Team on Yahoo! Sports The War Room